fastlane screenshots for iOS and tvOS

Your App Store screenshots are probably the most important thing when it comes to convincing potential users to download or purchase your app. Unfortunately, many apps don't do screenshots well. This is often because taking screenshots of your app and then preparing them for display is time consuming, and it's hard to get everything right and consistent! For example:

fastlane tools can automate this process making it fast, and consistent while giving you beautiful results!

For the full story about the many ways that developers can capture and beautify screenshots check out this article.

Manually taking screenshots takes too much time, which also decreases the quality of the screenshots. Since it is not automated, the screenshots will show slightly different content on the various devices and languages. Many companies choose to create screenshots in one language and use them for all languages. While this might seem okay to us developers, there are many potential users out there that cannot read the text on your app screenshots if they are not localised. Have you ever looked at a screenshot with content in a language you don't know? It won't convince you to download the app.

However, the biggest disadvantage of this method is what happens when you need to repeat the process. If you notice a spelling mistake in the screenshots, if you release an update with a new design, or if you just want to show more up to date content, you'll have to create new screenshots for all languages and devices... manually.

The positive side of this approach is that your screenshots will all be crisp and correctly sized, with readable text.

App Store Connect allows you to use one set of screenshots per device type, which will then be scaled to the appropriate size when viewed in the App Store on a user's device.

While this is convenient, this approach has the same problems as the device frame approach: The screenshots don't actually show how the app looks on the user's device. It's a valid way to start though, since you can gradually overwrite screenshots for specific languages and devices.

snapshot works with fastlane to automate the process of capturing screenshots of your app. It allows you to: 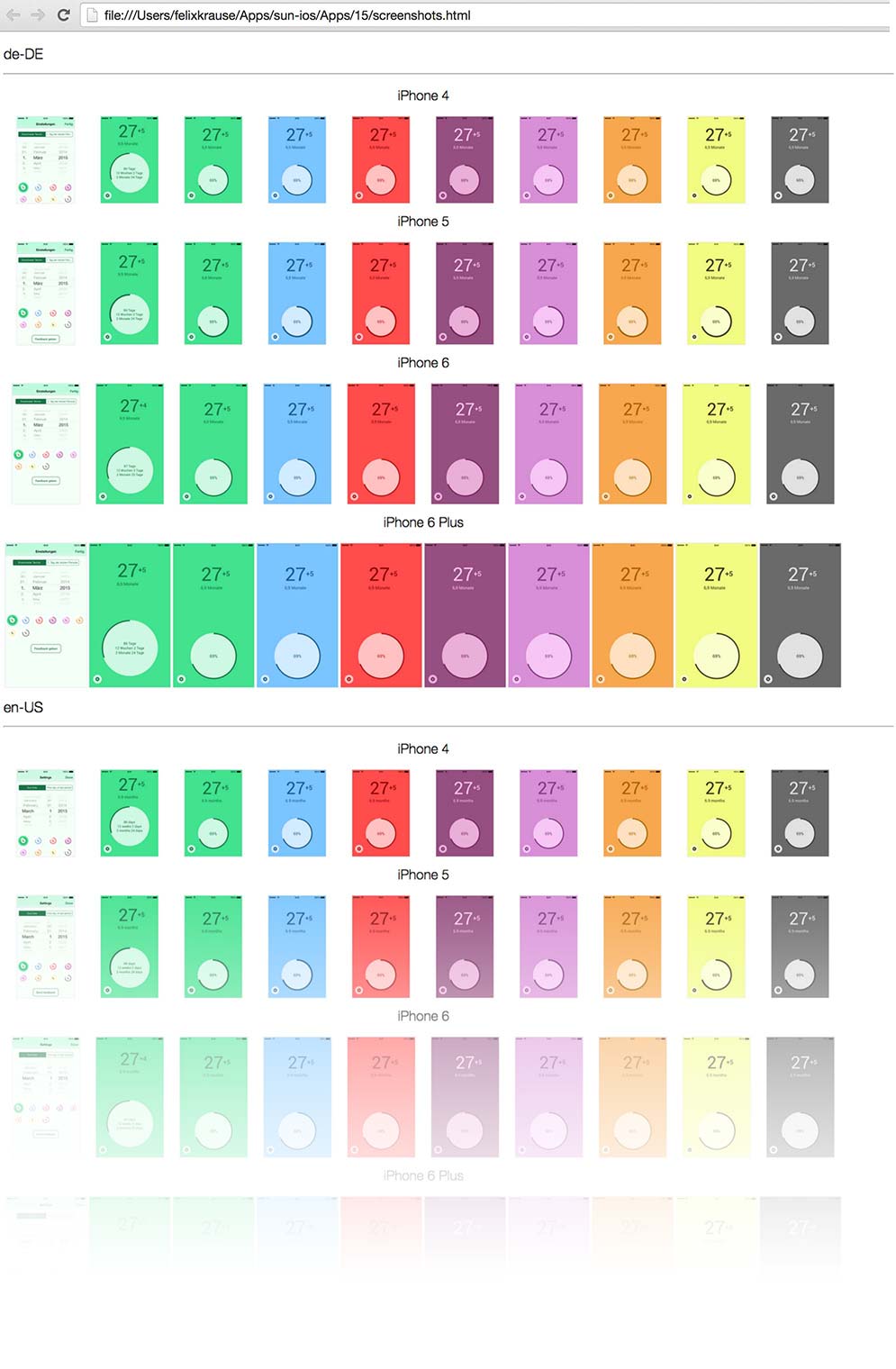 snapshot uses the capabilities of Apple's UI Tests to drive interactions with your app. To get familiar with writing UI Tests, check out the following introductions:

To jump-start your UI tests, you can use the UI Test recorder, which you can start by clicking the red record button on the bottom of the window. By interacting with your app through the simulator while using it, Xcode will generate UI Test code for you. To learn more, check out this this blog post!

12. In the terminal run fastlane snapshot.
WARNING: Running the test in Xcode does not create the snapshots and will not generate the correct results - although no tests will fail. The command line program creates the necessary subdirectories, renames the files as appropriate, and generates the overview html page.

The setup process will also generate a Snapfile, looking similar to

You can adapt this file to fit your project. Every time you run fastlane snapshot the file will be loaded automatically.

For a list of all available parameters that can be used in the Snapfile run fastlane action snapshot.

If you have fastlane installed, it's easy to give snapshot a try. First clone the fastlane repo, head over to the snapshot example project, and then run fastlane snapshot

Upload Screenshots to the App Store

After generating your screenshots using fastlane snapshot, you usually want to upload them to App Store Connect.

To upload the screenshots stored in fastlane/screenshots, just run

This will also show you a metadata summary, before actually uploading the screenshots, as this will overwrite the metadata and screenshots you already have on App Store Connect.

To put all of this together so that anyone on your team could trigger generating and uploading new screenshots, you can define a fastlane lane called screenshots. It would be responsible for:

Add the following code to your fastlane/Fastfile:

To get a list of all available options for each of the steps, run

Put Your Screenshots Into Device Frames

frameit helps you beautify your screenshots with device frames and text by running one simple command. It provides support for: 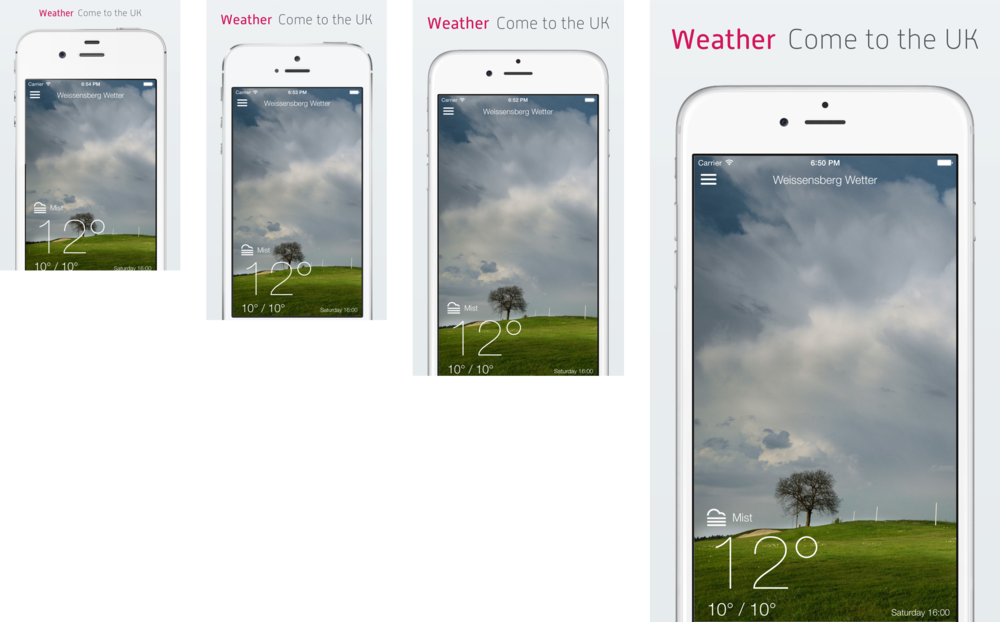 To automatically add device frames around all screenshots in the current directory and its subdirectories, just run:

This will only add a device frame around the screenshots, not the background and title. Those images can be used for your website, email newsletter and similar.

If you want to implement the custom titles and background, you'll have to setup a Framefile.json, more information can be found here.

If you want to upload the screenshots to the App Store, you have to provide a Framefile.json, with titles and background, otherwise the resolution of the framed screenshots doesn't match the requirements of App Store Connect.

To add the framing to your deployment process, use the following code in your Fastfile: