Getting started with fastlane for Android

fastlane can be installed in multiple ways. The preferred method is with Bundler. fastlane can also be installed directly through with Homebrew (if on macOS). It is possible to use macOS's system Ruby, but it's not recommended, as it can be hard to manage dependencies, and causes conflicts.

If you use macOS, system Ruby is not recommended. There is a variety of ways to install Ruby without having to modify your system environment. For macOS and Linux, rbenv is one of the most popular ways to manage your Ruby environment.

It is recommended that you use Bundler and Gemfile to define your dependency on fastlane. This will clearly define the fastlane version to be used and its dependencies, and will also speed up fastlane execution.

This way, you don't have to install Ruby separately, and instead homebrew installs the adequate Ruby version for fastlane. See this page for details.

This is not recommended for your local environment, but you can still install fastlane to system Ruby's environment. Using sudo often occurs unwanted results later due to file permission and makes managing your environment harder.

You'll be asked to confirm that you're ready to begin, and then for a few pieces of information. To get started quickly:

That's it! fastlane will automatically generate a configuration for you based on the information provided.

You can see the newly created ./fastlane directory, with the following files: 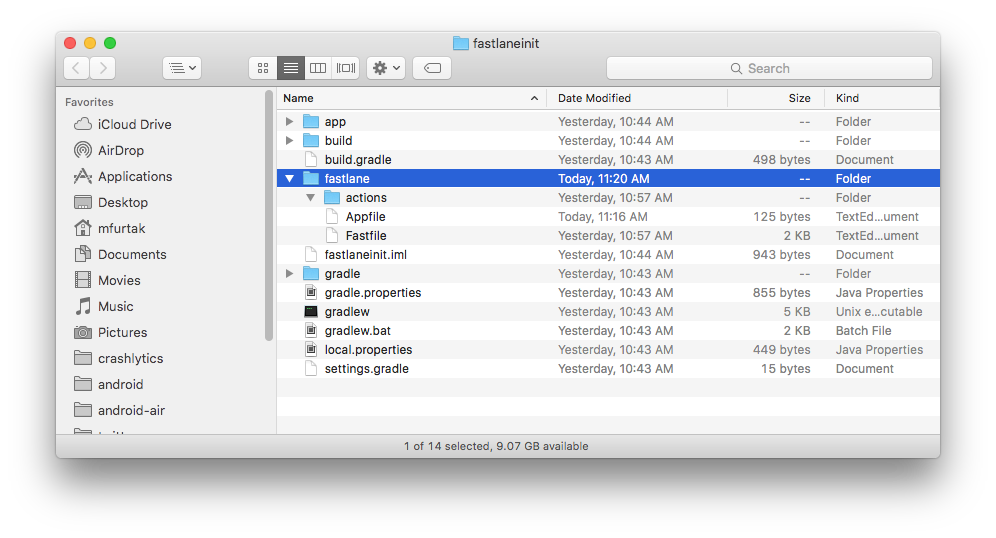 supply is a fastlane tool that uploads app metadata, screenshots and binaries to Google Play. You can also select tracks for builds and promote builds to production!

For supply to be able to initialize, you need to have successfully uploaded an APK to your app in the Google Play Console at least once.

Setting it up requires downloading a credentials file from your Google Developers Service Account.

Tip: If you see Google Play Console or Google Developer Console in your local language, add &hl=en at the end of the URL (before any #...) to switch to English.

You can use fastlane run validate_play_store_json_key json_key:/path/to/your/downloaded/file.json to test the connection to Google Play Store with the downloaded private key. Once that works, add the path to the JSON file to your Appfile:

The path is relative to where you normally run fastlane.

Edit your fastlane/Appfile and change the json_key_file line to have the path to your credentials file:

If your app has been created on the Google Play developer console, you're ready to start using supply to manage it! Run:

and all of your current Google Play store metadata will be downloaded to fastlane/metadata/android. 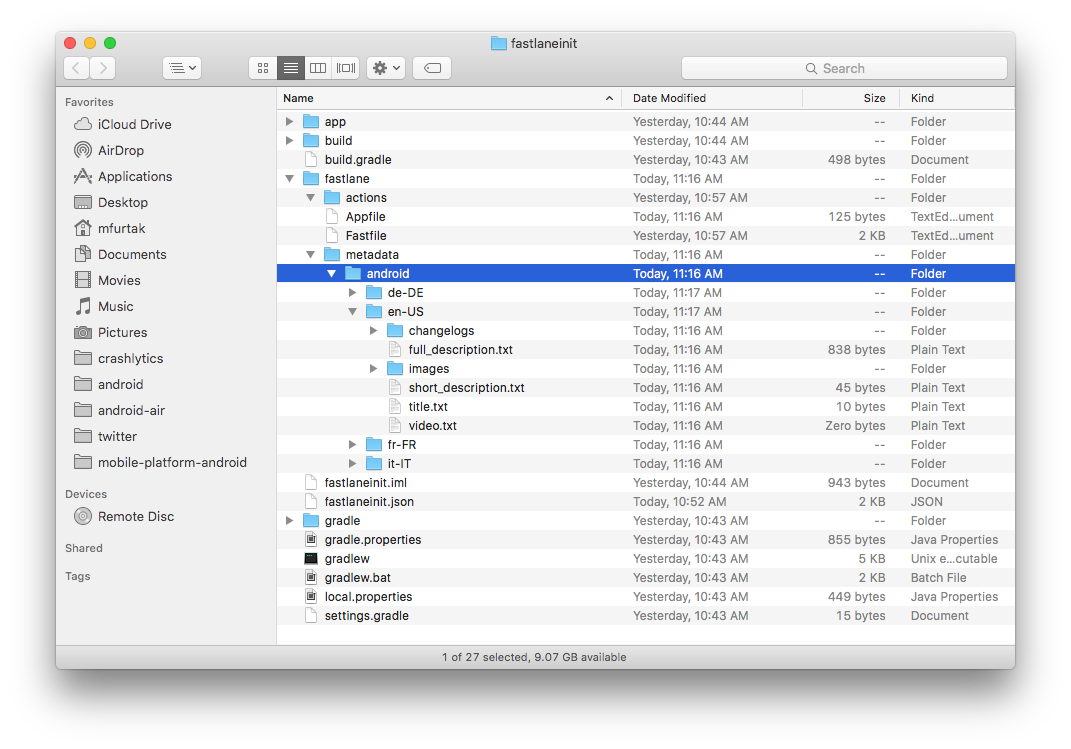 Due to limitations of the Google Play API, supply can't download existing screenshots or videos.

fastlane is ready to generate screenshots and automatically distribute new builds! To learn more, check out: